Notice of Appointment of Mr. Yorihiko Kato as Outside Director

And Africa > PRESS > Notice of Appointment of Mr. Yorihiko Kato as Outside Director

And Africa Co., Ltd. is pleased to announce that Mr. Yorihiko Kato has been newly appointed as an outside director of the company as of April 1, 2021. 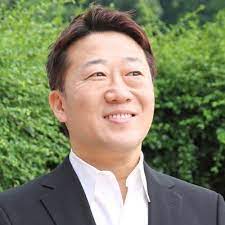 Mr. Yorihiko Kato is an entrepreneur based in Osaka and Singapore who has managed several companies, including Maruichi Group, which operates a hairdressing and beauty scissors business and a mesenchymal stem cell infusion business, and LENSMODE, Asia’s No. 1 cross-border contact lens e-commerce company. He is also an angel investor in over 80 Japanese startups in Japan and overseas.

Entrepreneur and president of the Maruichi Group. Born in Osaka in 1967.

While a student at Kansai Gakuin University, he participated in the establishment of Ryoma and Dial Q Network.

In 2008, Nikko became part of his GMO Internet Group, and then retired and moved to Singapore. In the same year, he co-founded Pan Asia Partners PTE.LTD. (Currently Asia Africa Investment & Consulting).

He became a permanent resident of Singapore in 2010.

Since 1997, he has angel invested in over 80 Japanese startups in Japan and abroad. His current investor portfolio includes KAMARQ, Bitbank, VoiStock, Kintaro Cells Power, AGRIBUDDY, and Hironobuto etc.

Please refer to the following link for details of the investment portfolio, etc.
https://katou.jp/ykatou

We are pleased to announce the appointment of Mr. Yorihiko Kato as an outside director of our company.

Mr. Yorihiko Kato is a highly experienced businessperson and investor.

In addition, he is capable of dealing with a wide range of topics related to start-up businesses and is willing to share his knowledge.

We are very honored to have Mr. Kato, who has such an excellent track record, knowledge and mentorship, join us.

We will continue our efforts to contribute to the economy and society of Africa and Japan, as well as to our shareholders’ benefits. Thank you very much for your support.